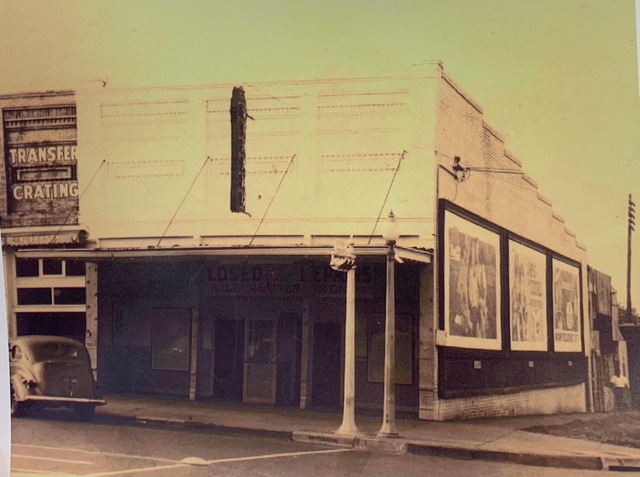 The Womack and Perry Mercantile Building was built in the 1870’s and housed the legion theatre, the Elk Theatre, in the silent era until 1927. After other uses, it became a subrun discount theatre, the Liberty Theatre, launching June 1933 with “Charley’s Aunt from Australia”. It ended its run March 24, 1942.

It had a rebirth in 1982 as the private club, “The Olde Liberty Theatre” with the neighboring Hofffbrau Steaks.