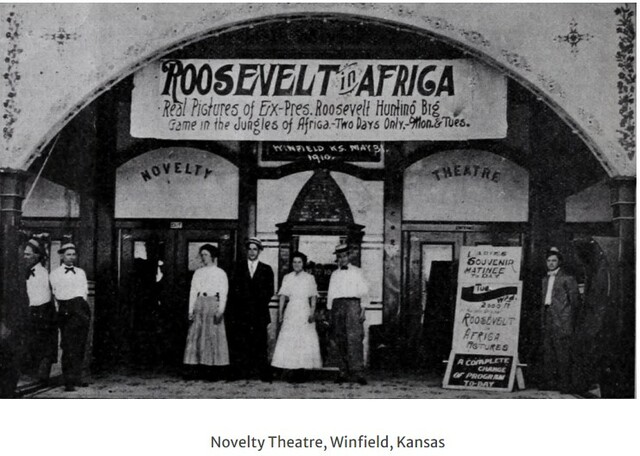 The original 350-seat Novelty Theatre was at 245 N. Main Street in Winfield. The “new” Novelty Theatre had a larger auditorium. It saw competition and went all in improving the theatre in 1929 including a Wurlitzer Model 109 - Opus 1844.

1929 was the wrong time to go for big improvements and in organs as movie palaces and sound films was the place to be. The Novelty Theatre went down for the count as the Depression began and Fox Theatres assumed control of the facility. The theatre went unused and the organ was moved to a Catholic church which installed it in 1931.