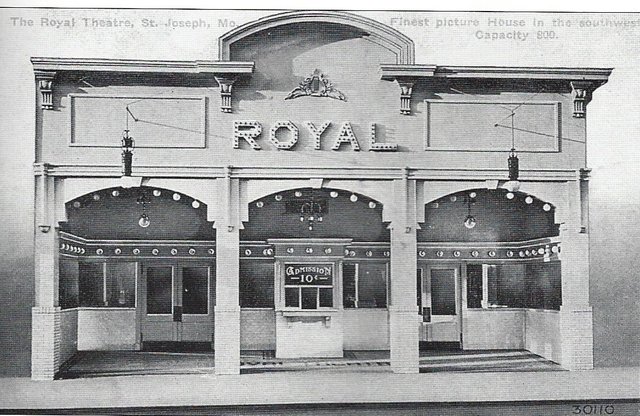 Frank L. Newman launched the Royal Theater in downtown St. Joseph on August 26, 1909. The silent era theater appears to have closed March 30, 1927 never converting to sound. It became a long-running 24-hour restaurant that has since been demolished.