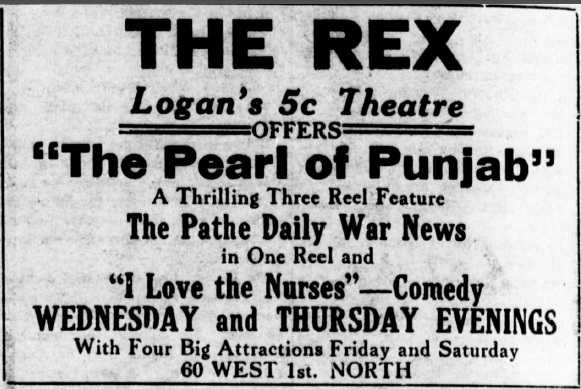 On its demolition in June 1970, the Herald Journal reported it had been in the Currell family since 1924. Harold Currell was to be a partner and manager in the new theatre to be constructed on the site by the Cache Amusement Corp.

The Rex Theatre launched by Harvey Johnson on November 2, 1914 with Lillian Worth in “The Pearl of Punjab.”