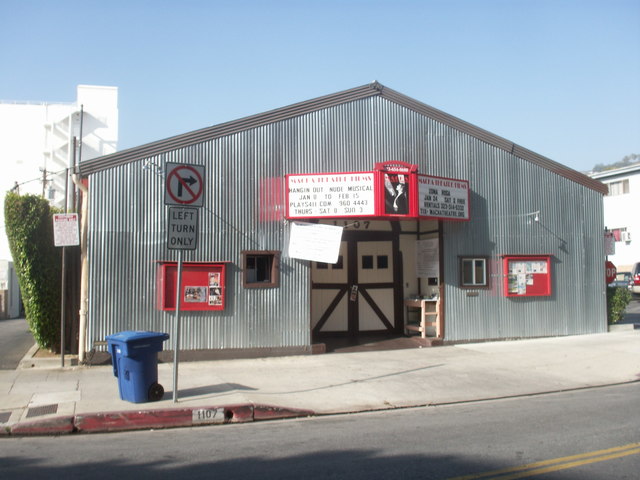 Located in the heart of West Hollywood. The metal steel building was built in 1947, and is a rare example of this type of building to be still standing (and in use) in this ‘modern’ environment.

The Globe Theatre was opened in 1962 by R. Thad Taylor who founded the Shakespeare Society of America. The interior of the theatre is in a Tudor style, replicating the original Globe Theatre in London, England where William Shakespeare performed and presented his plays. Over the years the entire repertoire of Shakespeare’s plays were produced at this West Hollywood Globe Theatre. Following the death of R. Thad Taylor in 2006, the theatre was taken over by the Macha Theatre Company on April 22, 2007 and renamed Macha Theatre-Films.

It presents plays and movies with a mainly gay & lesbian audience in mind.