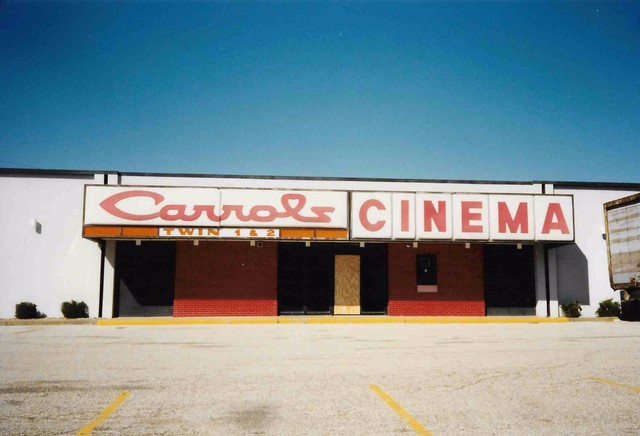 Located on the west side of the Town Center. The first of Evansville’s three twin cinemas of the early-1970’s was developed by the operators of Town Center on Diamond Avenue, and operated by the Carrols Development Corp. of Syracuse, NY. Two 300 seat theaters opened off a central lobby, both with comfortable rocking chair seats and earthtone color schemes. Carrols was the first new theater built in Evansville since 1949 and for many years was one of the most popular theaters in town. Carrols was taken over by the operator of Evansville’s Eastpark and Westside theaters in the early-1980’s.