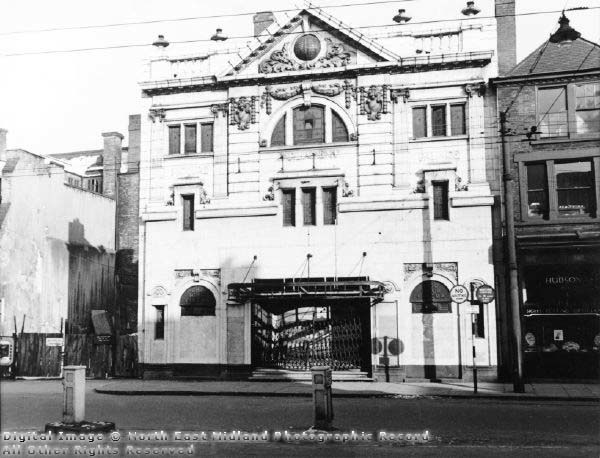 Opened on 23rd March 1914 with 600 seats as the Parliament Picture Palace. The main entrance was on Upper Parliament Street, but there was secondary entrance on Wollaton Street. In 1931 it was renamed the British Cinema until in 1933 when it became the Regal Super Cinema in 1935. It was equipped with a British Talking Pictures(BTP) sound system. From 6th July 1936 it was the News House until 1942. Frome 1945 it was re-named News Theatre. It was re-named the Odd Hour Cinema on 30th June 1956.

It was closed April 1957 and sold off for redevelopment following the death of the owner and demolished in 1959. As its name suggests, it ran news, shorts and cartoons for most of its lifespan.

Did it only operate at odd hours?

“Did it only operate at odd hours?” – I have always assumed the name was a reference to being the place to go if you had an odd hour and wanted something to do.