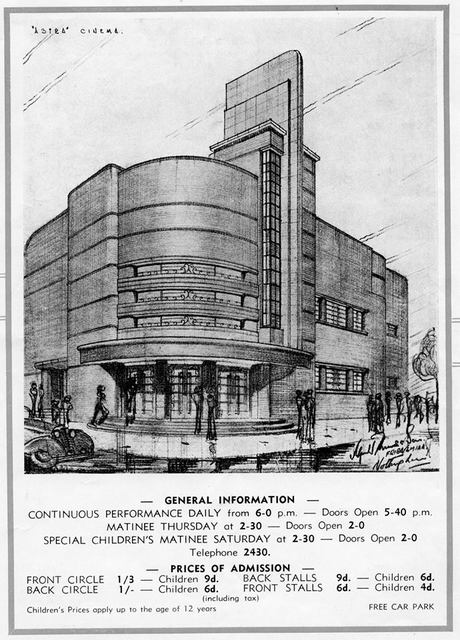 Located in the Wheatley district in the northeast of Doncaster. The Astra Cinema was a sister theatre to the Windsor Cinema in the Balby suburb of Doncaster and designed by the same architect Alfred J. Thraves of Nottingham. The Astra Cinema was opened on 30th January 1939 with Sabu in “The Drum” & Tyrone Power and Alice Faye in “In Old Chicago”. It was operated by K & W Cinemas Ltd. of Nottingham. It had a 38ft wide proscenium and was equipped with a Western Electric(WE) sound system.

The Astra Cinema was taken over by the Leeds based Star Cinemas chain on 1st March 1954 and from 1960 to March 1963 it was operated as a Star Bingo Club. It briefly returned to cinema use and was closed on June 20, 1964 with Dirk Bogarde in “Doctor in Distress”. It was demolished and a petrol station was built on the site. This too has been demolished and a Co-Operative Food supermarket now operates on the site.