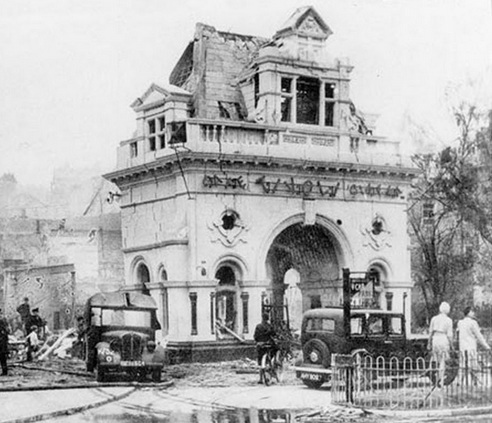 The Victoria Hall was screening moving pictures presented by Pooles by 1907. In 1908 it was in use as a skating rink. By 1913 it was known as the Palace Theatre of Varieties and was operated by the Albany Ward Circuit, presenting variety acts and films. In 1918 it was presenting live theatre, variety acts and occasional films.

Around 1927 it was refurbished and re-named Tivoli Cinema. It was soon equipped with a Western Electric(WE) sound system and had a cafe attached. The Tivoli Cinema was destroyed by German bombs in June 1942.