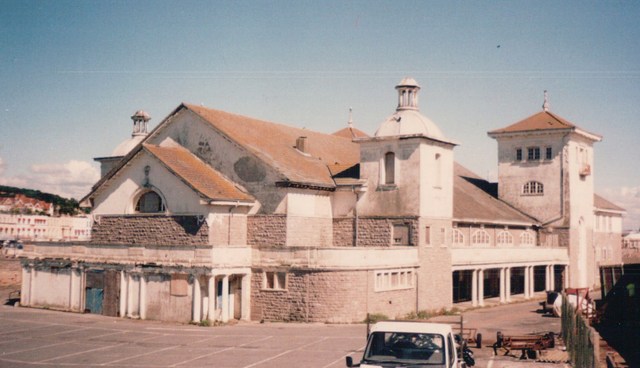 Located on an outcrop of land jutting out to sea, the Knightstone Pavilion was built and opened in 1902. It was designed by London based architect J.S. Stewart and seating was provided in stalls & circle levels. By 1911 it was screening films. It was closed from 1914 to 1918 due to World War I. It re-opened mainly in use as a live theatre, but occasional films were screened. Around 1929 it was equipped with a British Thomson-Houston(BTH) sound system and was operated by the Urban Distric Council. By 1938 cinema used had ceased, but it continued to host live shows. It was closed again in 1939 at the beginning of World War II and was used as a battledress factory.

It re-opened in 1942 and closed in 1978, when the seating was removed and it became a leisure centre which included a bar. By 2000 it was unused.