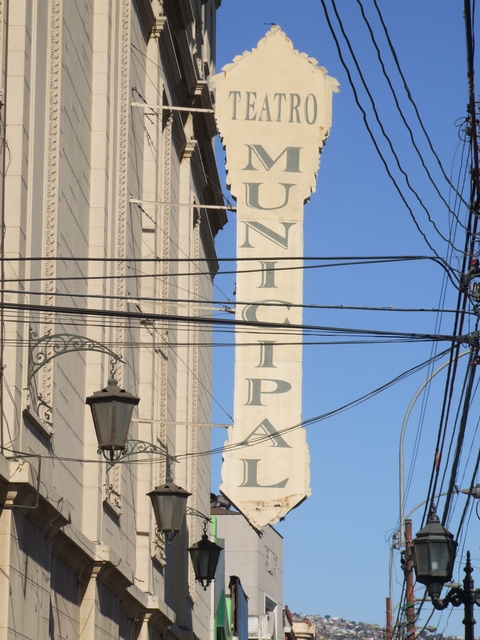 The Teatro Velarde was opened in 1931. It is a beautiful Art Deco style theater with two balconies and side boxes.

For 65 years it was essentially a movie theater. Ocassionally it was used for live performances as well. During these decades it was very successful and one of the main theaters of Valparaiso. Due to the decline in attendance, beginning in the 1980’s, a hard period in the history of Teatro Velarde, the theater’s future was uncertain and it seemed that the same fate as other demolished movie palaces awaited it.

Fortunately, the government of Valparaiso saw the need to preserve this legendary theater. In 1996, the Teatro Velarde was fully restored and renovated. It was also renamed the Teatro Municipal de Valparaiso. Nowadays, it is the main theater of Valparaiso, mainly used as a live performance venue.

There was also an MGM/Loews theater in Valparaiso in 1948. I don’t think it was the same theater as the Teatro Municipal:
http://tinyurl.com/2nhhq3