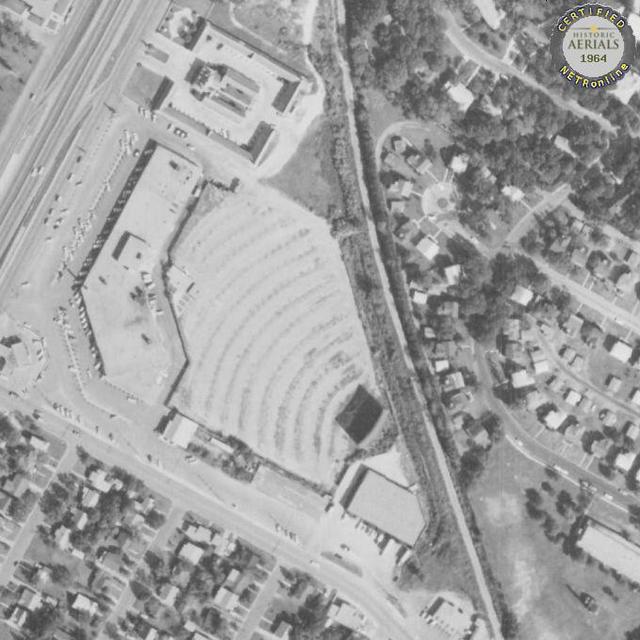 Today, the property is occupied by the Fiesta Mart. There is no trace of the drive-in remaining.

The Delwood Drive-In actually closed after the showings on the night of November 9, 1968. The last films to play there were a Frank Sinatra double-bill of The Detective and Tony Rome. The closing had been announced for December 1967, and, indeed, it did close down for 10 weeks over the winter, but it reopened during the week of March 13-19. The first films to play upon the reopening were Cool Hand Luke and The Bobo.

The Delwood’s 1956 topo map showed a wide screen along the northeast side. An aerial photo from 1952, like all later aerials, showed only a screen in the southeast corner of the lot, but the 1952 photo more clearly showed something that looked like a couple of screen supports where the topo marked it.

The point here is not that the topo was wrong or slow to update (the latter was much more common), but that the Delwood might have switched screens within a couple of months of opening.