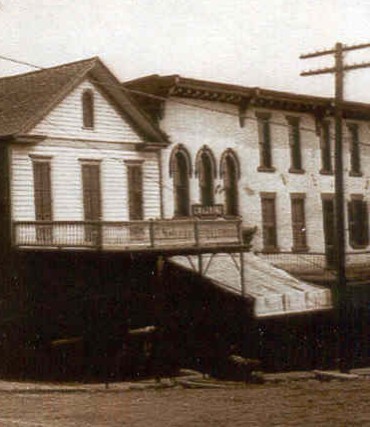 Located on the east side of State Street between E. Jenning Street and W. Water Street. The Princess Theatre was built by Herman Schumacher in 1915. The Newburgh Amusement Company formed in 1918 to present theatrical plays, operas, concerts and motion pictures. Latest motion pictures of the times were shown from 1917 until 1956. Later it became a community playhouse, was a restaurant for a time during the 1990’s and the building still stands today in 2018.

Historical accounts of the early days say it had a large marquee, double doors into the lobby, flat-fronted ticket booth, wooden seats, a 40 seat balcony for African-Americans and overflow crowds, and featured Saturday and Sunday matinees.