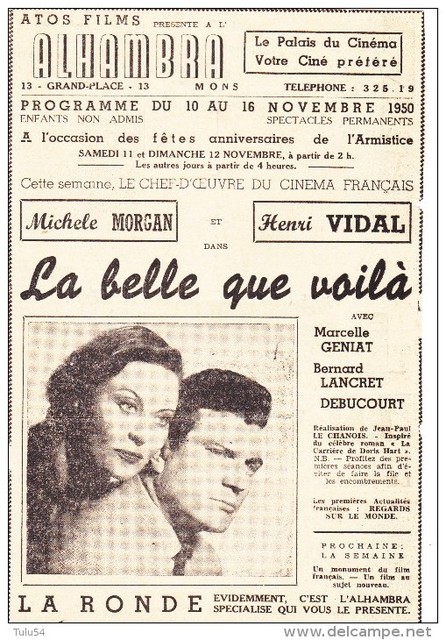 The Alhambra Cinema was the largest and most popular cinema to operate in Mons. Located in the centre of the city in the magnificent Grand Place, across from the Hotel de Ville (town hall). The Alhambra Cinema was built and opened in 1920. Since closing in the 1980’s it operated as a discothque and from 2010 the former cinema has operated as a concert/live music venue named l'Alhambra using a former exit as an entrance on Rue du Miroir at the side of the building.

The former entrance & foyer on the Grand Place is now a restaurant.