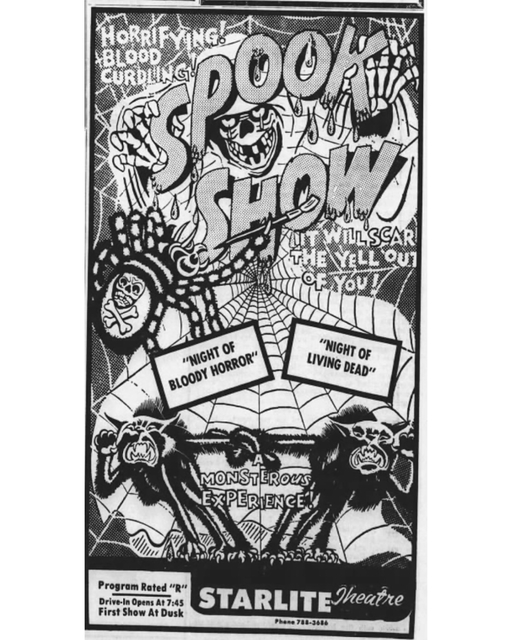 Operated by Charles Morrissey, the Starlite Drive-In opened June 17, 1949, with Robert Young in “Relentless”. The La Crosse Tribune noted Mr. Morrissey had been associated with La Crosse theatres for 18 years. The entrance was described as being ½ mile Southeast of La Crosse on Highway 33, with a map showing the exit on County Highway, or perhaps today Pammel Creek Road.

Catering to the family trade, children under 12 were free and baby bottle warmers were provided at the concession stand. With space for 600 cars, there were ushers overseen by a ‘Traffic Chief’ with a jeep, provided to pull away disabled vehicles.

At least for the opening, the projection booth had two operators and the screen was tilted and the closest rows of cars were at the greatest angle for easy viewing.

The area today is a residential area.

A more accurate address for this theater is 4130 State Rd, La Crosse, WI 54601. This points directly to the entrance road traces of which are still there. Starlite and Drive In roads make up part of the outline of the theater.