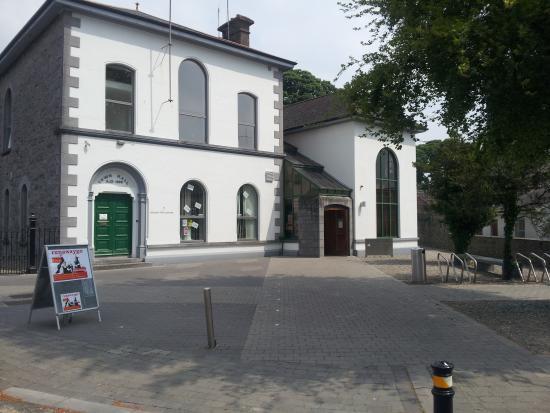 Located in Nenagh, County Tipperary. Films were shown at the Town Hall as early as 1928 and well into the 1930’s by a Mr O’Kennedy. The building itself was built in the early-1890’s and was designed by the Town Engineer Robert Gill. It housed Nenagh Public Library until the early-1980’s and was the home of Nenagh Town Council until 2005. The building was refurbished to include a 194-seat theatre with additional studio spaces and was re-opened as Nenagh Arts Centre in 2010. Films are shown occasionally but there are none planned for 2018.