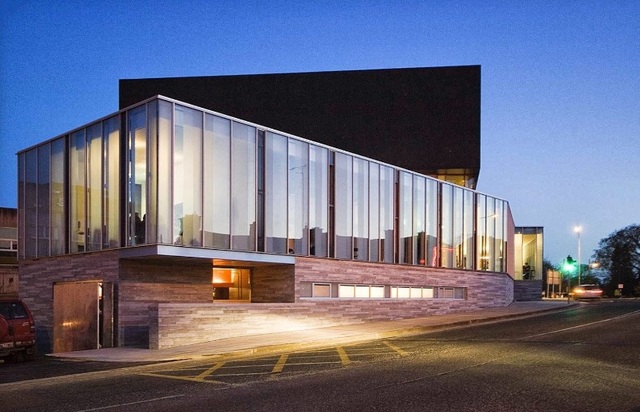 Located in Navan, County Meath. The Solstice Arts Centre was designed by Grafton Architects and completed in 2006 at a cost of €13.9 million, funded mainly by local authority grants and the Department of Arts, Sport and Tourism. It hosts a diverse range of theatre, visual arts, cinema and dance from both local and international communities and has a 320-seat theatre. Films are generally screened at least twice a month. The name “Solstice” references the ancient rituals associated with the county.