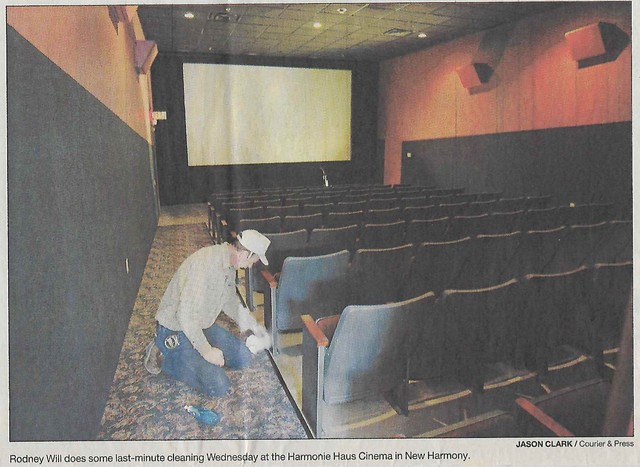 Located on Main Street on the corner of Tavern Street. Built over a two-year period in downtown New Harmony, IN, by Robert Menke, Sr., a businessman from Huntingburg, IN. Over $1 million was invested in the project, constructed by Koester Construction Co. A fire destroyed the historic building that was on the site and it was decided to build a twin cinema on the ground floor and apartments above, and to make the new building look like a historic structure to blend in with the rest of New Harmony’s distinctive style. The intimate auditoriums feature state-of-the-art technology. It was open 7 days a week with new or near-new movies, and it was hoped at the time that people from nearby Mount Vernon and Poseyville would also attend. The Harmonie Haus Cinema opened on February 14, 2003 and closed in 2012 or 2013.