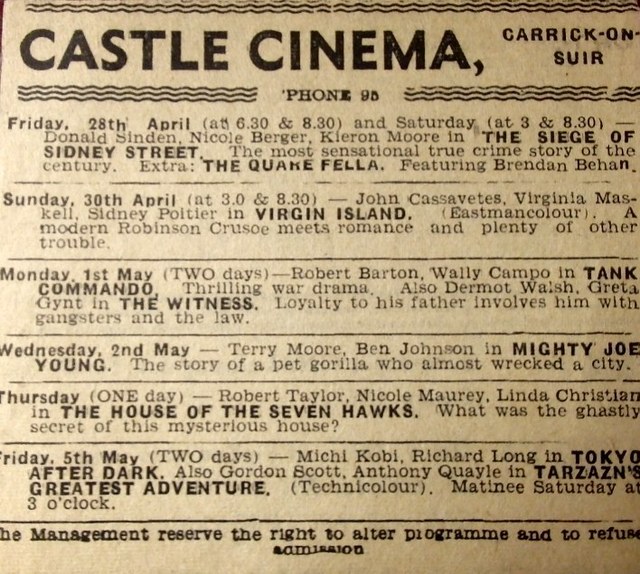 Located in Carrick-on-Suir, County Tipperary. The Castle Cinema opened on 3rd July 1939 with “The Girl of the Golden West” starring Jeanette McDonald and Nelson Eddy” and was managed at the time by Joseph Drohan. It had 800 seats and an RCA sound system fitted. Films appear to have ended in 1973 and the cinema was used as bingo-hall for a brief period around 1985. The local authority purchased the building a couple of years later with the intention of using the site for a fire station, and it saw life again for the odd opera or play up until about 1984. It was eventually demolished for redevelopment in 1985 with the frontage coming down the following year.