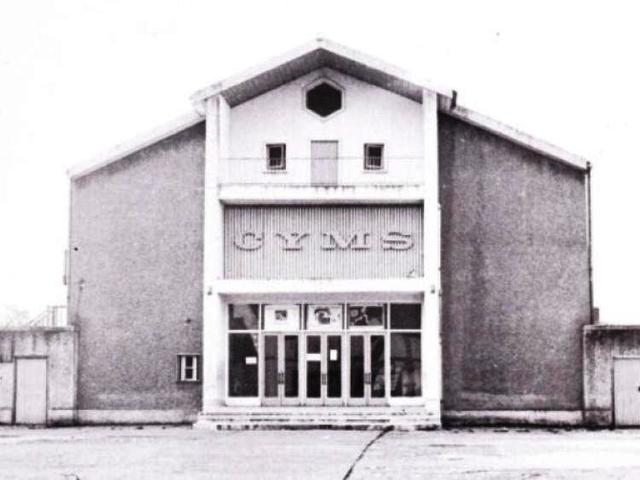 Located in Mountmellick, County Laois. The Community Arts Centre is situated in the former C.Y.M.S. Hall which was built at the turn of the 1950’s at a cost of £22,000 and was designed by renowned architect Michael Scott. The hall was screening films from the off, launching with “The Clouded Yellow” starring Jean Simmons and Trevor Howard on 15th April 1951. The cinema had a barrel-vaulted ceiling and around 800 velvet-upholstered seats, with a Western Electric(WE) sound system. As before it was a phenomenal success providing the Church with much needed funds. Renovations took place in 1986 when the balcony became the cinema and a large hall was created downstairs for use as a theatre. By the early 1990’s it was finding it difficult to get the latest releases and the cinema closed in 1992. The building however was extensively refurbished in 2010, sponsored by the Credit Union with grants from other organizations, and reopened as the Mountmellick Community Arts Centre. The balcony cinema reopened in October 2013 and has 136 seats with the main theatre holding 450.