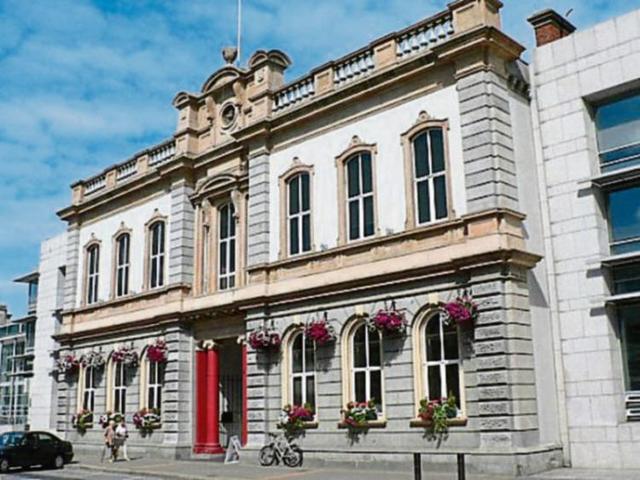 Located in Dundalk, County Louth. The An Tain Arts Centre is based in the former Town Hall building which began screening pictures in August 1912 and was referred to as the Picture Palace. The hall was designed by John Murray in an Italianate Palazzo style for the Corn Exchange Company, but bought by the Town Commissioners on completion in 1859. Early films were not necessarily features but sports finals, documentaries and the like, and were provided by the Dundealgan Electric Theatre Company who surrendered its lease in June 1929. It was re-let to W.C. Robinson in 1931 for the same purpose and had an RCA sound system fitted for talkies. The hall was badly damaged by fire in 1946 which, at the time, marked the end for films.

More recently the building was completely reinvented, encompassing a new extension, by Van Dijk Architects for the local authority at a cost of €30,000,000. It was completed in 2006 after four years of work and is now home to the An Tain Arts Centre, which was founded in 2014. The Centre screens films at least once a week and hosts exhibitions, workshops and in-house productions as well as national tours and is supported by Louth County Council. The main theatre is comprised of 350 seats, while the studio theatre has 55.