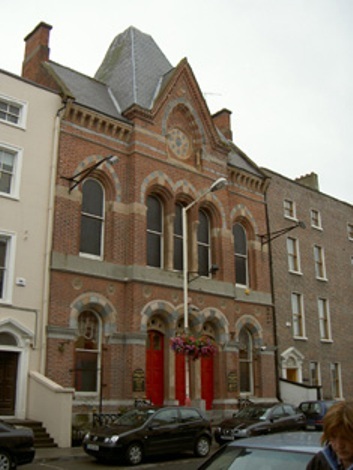 Located in Drogheda, County Louth. The hall first screened films in 1914 which were provided by the Dundealgan Electric Theatre Company. An RCA sound system was later fitted for talkies and the hall had a capacity for around 400 people. It last screened films on a regular basis back in the 1940’s. Benjamin Whitworth had the Hall built in the 1860’s and it was designed by William Barre in a Romanesque Revival style. It fell victim to fire on 17th February 1947 was was extensively repaired. Today it is occupied by the Whitworth Leisure Centre containing snooker tables and amusement machines.