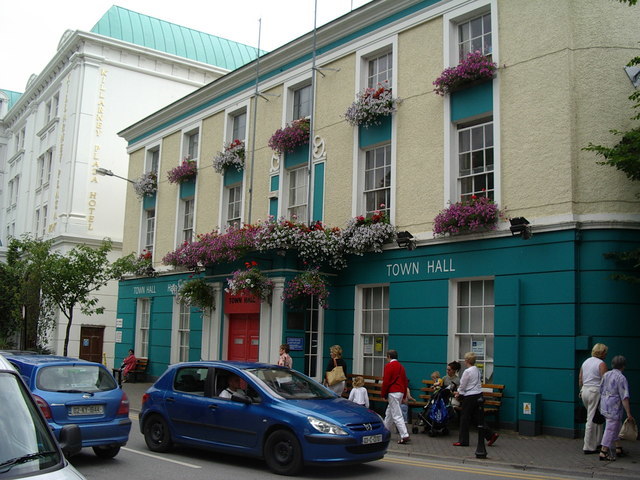 Located in Killarney, County Kerry. Films were screened at the Town Hall by Jas Houlihan beginning in June 1940 when one of the first films to be shown was “The Rains Came” starring Myrna Loy and Tyrone Power. The hall had a capacity of 700 and a Western Electric(WE) sound system fitted, but it seems to have been a short-lived venture with no advertising after January 1941. The building is still used as municipal offices.