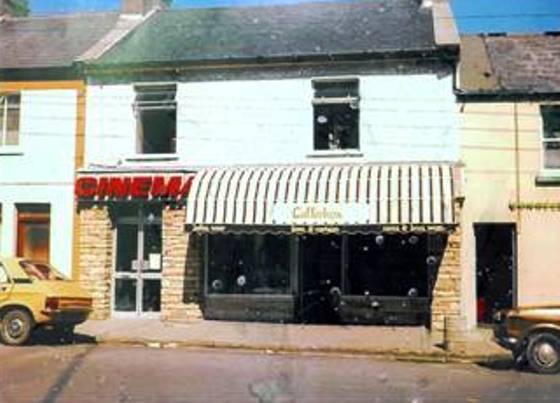 Located in Belmullet, County Mayo. The Erris Cinema was situated in a converted drapers’ shop and had been going since at least 1947. It was bought by Seamus Cafferkey in 1971 and appears to have been screening films until at least 1977. It was also a popular venue for meetings of the townspeople. The premises were up for sale in 2009.