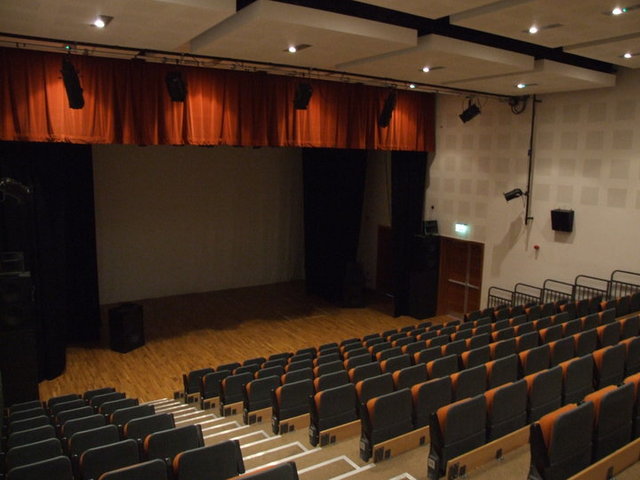 Located in Belmullet, County Mayo. The Erris Arts Centre (Aras Inis Gluaire) opened in 2007 and is part of the Belmullet Civic Centre (Aisleann Bheal an Mhuirhead). Its staple schedule consists mainly of concerts, dance and ballet classes with occasional plays. Film screenings are irregular but usually at least once a month. The Centre is Ireland’s only bilingual arts centre and is situated in an area where Gaelic is spoken as a community language. The name of the Centre is from an island (Inis Gluaire) off the Erris peninsula where the fabled children of Lir were banished to live out their lives as swans. The facilities also include a recording studio and café.