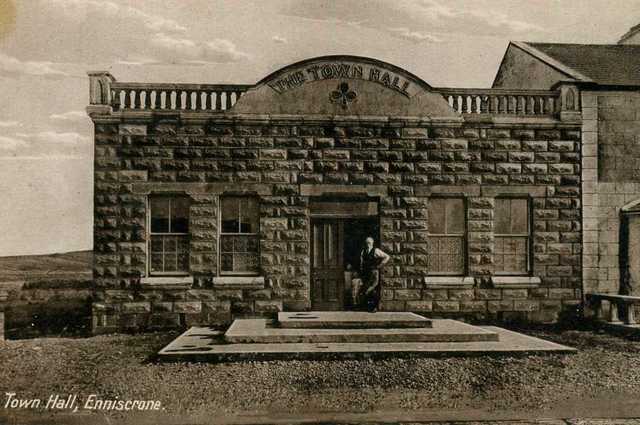 Locared in Inishcrone, (formerly known as Enniscrone) County Sligo. The Town Hall had several operations as a cinema. Records state that it was screening films in 1949 and again from 1962 courtesy of Mrs Mary Llewellyn. That operation closed following a fire in 1970. That December a community centre opened in the building following its repair and it was used for weekly bingo sessions among other things. In August 1975 Joe Gilmore who ran a group of small houses called Marian Cinemas reopened the cinema but it is not clear how long this lasted. Most of his other cinemas had closed by the end of the 1970’s. The Town Hall was demolished, probably in the 1990’s.