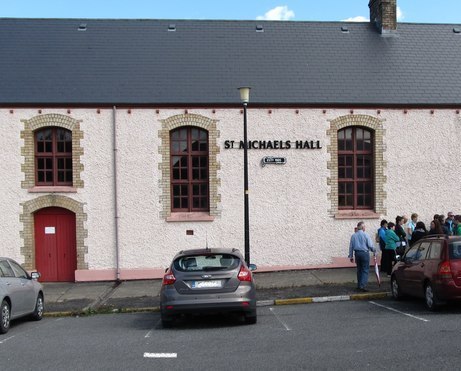 Located in Cootehill, County Cavan. The cinema was held in St. Michael’s Parish Hall, which was built in 1905, and had certainly been going since at least 1936. Joe Stanley, who had halls in Drogheda and Dundalk, organised shows here in the 1950’s and it was still listed in the 1971 edition of the Kine Year Book. It held around 450 people and was equipped with a Philips sound system. The St. Michael’s Hall continues in community use.

There was another hall in the town advertising as the Guild Cinema in the 1950’s but it is unclear whether this is the same cinema or another.