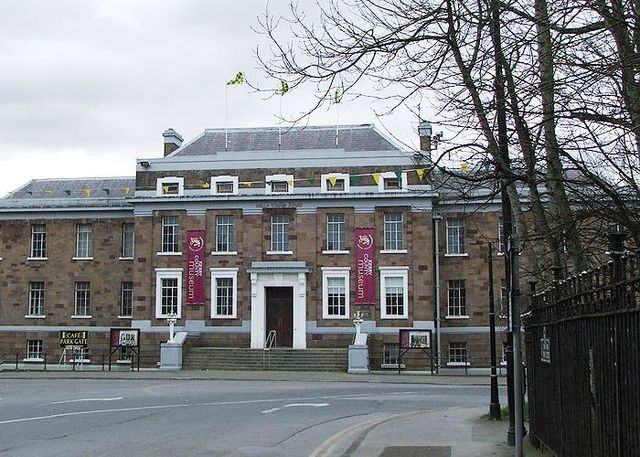 Located in Tralee, County Kerry. The Ashe Memorial Hall was opened on 27th April 1928 and was offered to let as a theatre, comprising 260 seats in the balcony, 310 in the parterre and 240 in the pit. There was a regular cinema here for many years run by the McSweeney family. The lease was bought out by the UDC in 1966 after which a lot of politics followed, so it is unclear when film screenings finished. Dances, plays and concerts were also given at the Hall. The Hall is now home to the Kerry Museum.

Hall opened 27 April 1928 with a concert and was named after Thomas Ashe. It replaced the old County Hall which had been burned by the Black and Tans. It was announced in November 1971 that the theatre would become a luxury cinema but no further information has so far been established.