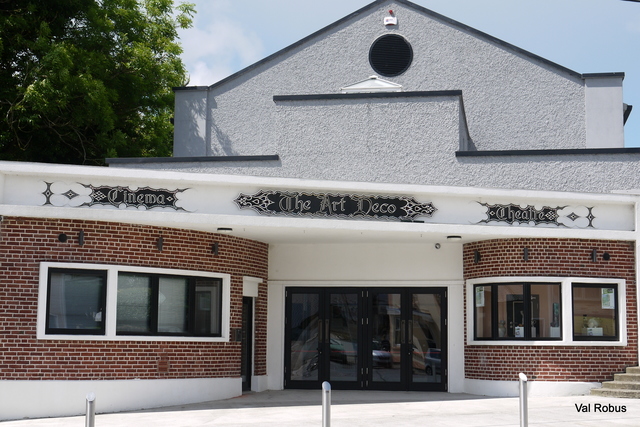 Located in Ballymote, County Sligo. The Abbey Cinema opened around March 1948 and was reputed to have cost £25,000 to build. It was slightly Art Deco-looking, typical of those built much earlier and had 520 seats. It was still advertising on a regular basis until 1968 but seems to have survived until 1975.

After 34 years of lying derelict the local councillors proposed to refurbish the theatre as a community asset and it officially reopened as the Art Deco Theatre on 27th June 2012. It is run by a voluntary organisation and although it had planned on screening films it is not currently doing so as of April 2018 due to technical issues. The auditorium has 218 seats.