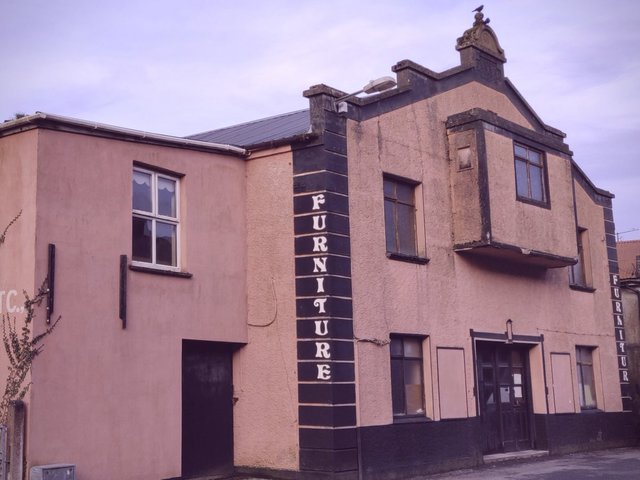 Located in Swinford, County Mayo. The Lyric Cinema opened in September 1940 and was originally run by a group of businessmen. It had 400 seats and was equipped with a Philips, later GB-Kalee, sound system. It was holding bingo sessions in the 1960’s and closed as a cinema in 1970. Joe Gilmore from Marian Cinemas is known to have screened films in the Town Hall in the years after the closure. The Lyric Cinema is now home to a furniture supplier.