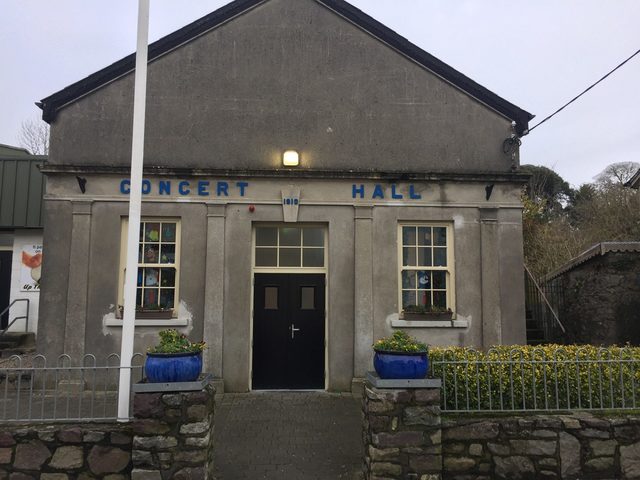 Located in Thomastown, County Kilkenny. The Tower Cinema opened in the early-1940’s with “Mad about Music” starring Deanna Durbin and was situated in the Concert Hall. It closed in May 1965 with Bob Hope “Casanova’s Big Night”. It also hosted dances and shows. There is a later reference to the Grennan Cinema in 1966 which could have used the same hall but references to it disappeared as quickly as they arrived. The Hall, which was built around 1910 as a concert hall, is still standing and was more recently used as some sort of shop and community centre. In December 2015 the floods hit the town leaving the Hall swamped with water and it has been undergoing refurbishment. Bingo sessions seem to be underway now as of October 2017.