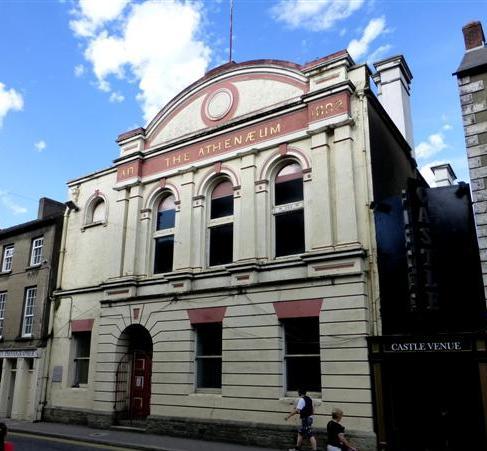 Located in Enniscorthy, County Wexford. The Athenaeum Cinema opened on 3rd July 1936 and was located in the Athenaeum Hall which was built in 1892 as a town hall and theatre. The local Echo newspaper stated that patrons would be assured of first-class entertainment and comfort at popular prices although no films were mentioned. It is uncertain as to when the hall finished screening films. The Athenaeum has been extensively restored and refurbished as one of nine national ‘Permanent Reminder’ projects of the 2016 centenary commemorations, and contains a museum housing County Wexford’s 1916 archive collection. The theatre is in full operation with Enniscorthy Musical Society, Enniscorthy Drama Group and Wexford Studio Theatre staging productions as well as concerts and conferences, but alas no cinema. The Hall has not responded to enquiries for information.