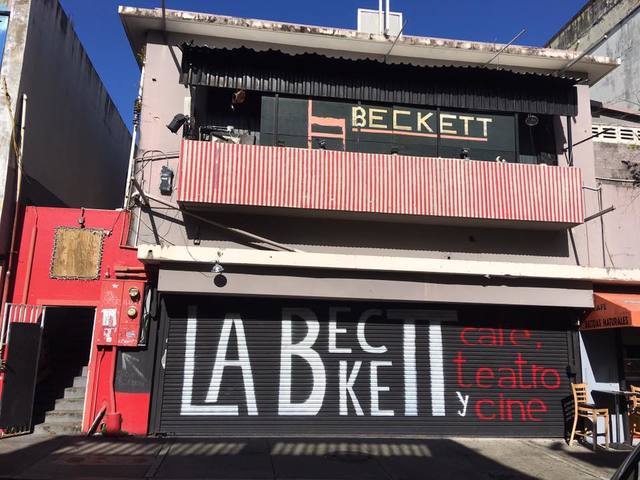 This is an historic building in Rio Piedras which was adapted to a small theater.

It is very close to the University of Puerto Rico and serve this community.

Since the beginning it run as a theater and movie for many years. It became the place to see documentary movies from Mexico, Argentina and Spain. Sometimes after the movie was shown, there was a section for commentaries.

This theater has a terrace and lobby bar for drinks, refreshment, restaurant and music including karaoke.

The theater features performing arts, too.