Previous Names: Cinema on the Mall 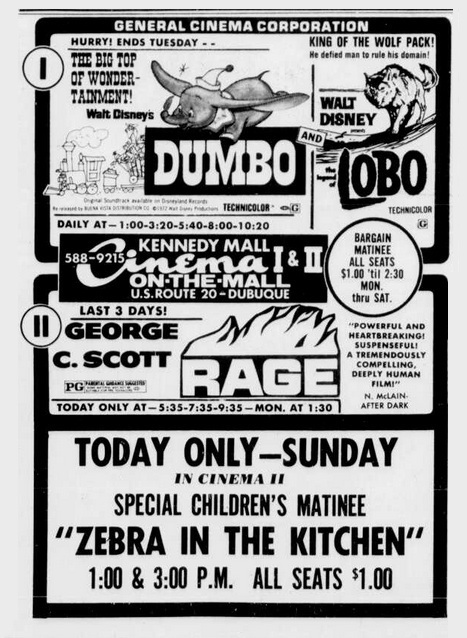 The Kennedy Mall Cinema 1 & 2 was opened by General Cinemas in 1970. It was located inside the Kennedy Mall. It was closed in 1987 with Paul Hogan in “Crocodile Dundee” & Eddie Murphy in “The Golden Child”.

It was replaced by the opening of GCC’s Kennedy Mall 6 in a separate building in the northwest corner of the mall property (which has its own page on Cinema Treasures).