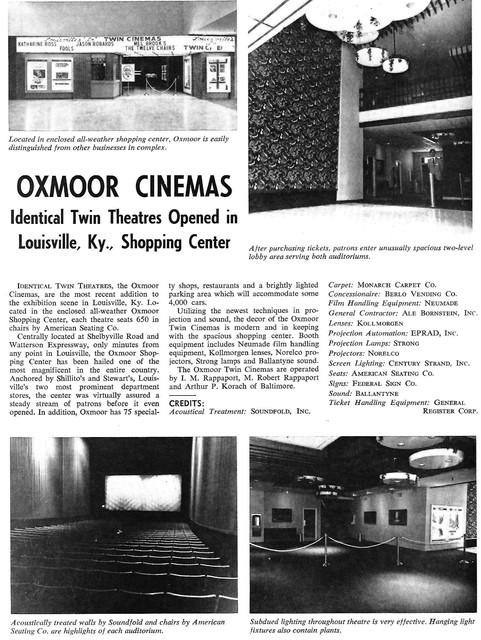 The Oxmoor Twin Cinemas opened February 16, 1971 on the lower floor of the new Oxmoor Shopping Center at Shelbyville Road and Watterson Expressway, and operated by I.M. and M.R. Rappaport, it featured 650 seats in each auditorium, modern decor, and equipment by American Seating, Neumade, Kollmorgen, Norelco, Strong and Ballantyne.

Mid-States Theatre later added a triplex on the upper level of the mall opening August 30, 1974. The two separate theatre were then operated as Oxmoor Center Cinemas 1-2-3-4-5. All screens were closed in 1996 when the mall was refurbished.

I saw Homeward Bound II here when I was a kid, around the time this theater closed.