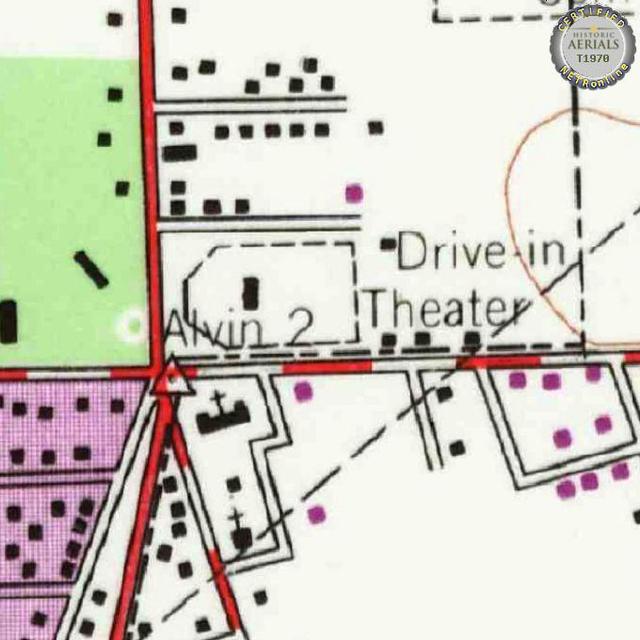 The Alvin Drive-In was located at the northeast intersection of Gordon Street and South Street. It opened in 1950 and was operated by J.G. Long Theatres of Dallas, TX. for its entire existance. In 1961, Hurricane Carla damaged the screen tower. Repairs were made and it reopened a month later. It was closed in the late-1960’s. The screen tower stood for many years after closing, but demolition eventually came. An H-E-B Grocery store now stands on the site.