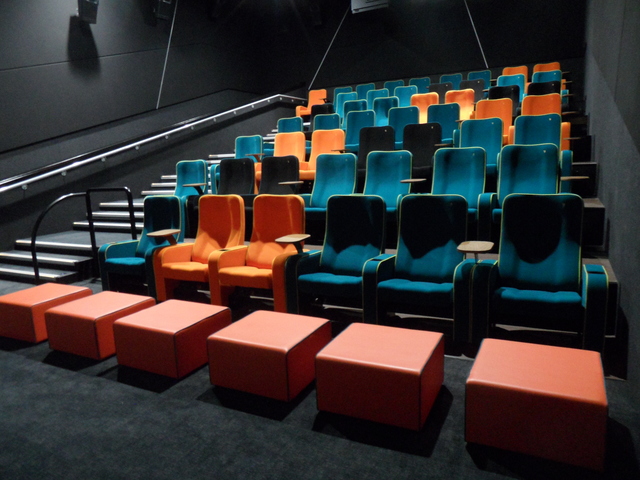 In the city centre in Bradford, West Yorkshire, buildings were demolished and roads re-routed in 2004 to make way for a major retail and leisure development. However, a continued failure to secure buy-in from enough businesses resulted in construction not starting in earnest until January 2014: for most of the intervening years, there was little apart from a deep excavation, though from 2010 the area round the edge of the site was laid out as an urban park. This ‘hole in the ground’ proved very unpopular, and at one point the site was occupied by protesters.

Later that month, buoyed by the early success of the centre, it was announced that Light Cinemas would open a multiplex in an extension that would also include four restaurant units and further retail space. This was originally the site of the former Odeon.

In August 2016 work started on the extension. The £4.1 million development saw existing shops (including Burger King, HMV and Superdrug) closing and the building that housed them being stripped back to its steel frame.

The Light was originally expected to open in autumn/winter 2017, but, while construction work was expected to be completed by the November, the opening was pushed back to Easter 2018, then to the spring.

The cinema finally opened on Friday 11th May 2018, although the four restaurant units had still to be let.

I visited on Sunday 24th June 2018 and saw “Ocean’s Eight”, starring Sandra Bullock and Cate Blanchett. I had a nice chat with the very friendly duty manager, who is clearly a serious film buff! The cinema has all the distinctive features of the Light circuit – a ‘green’ cafe, readograph over the bar, vintage posters and multi-coloured seating. I was also intrigued to see the new logo “Sociable Cinema”, which is apparently being rolled out across all their sites.