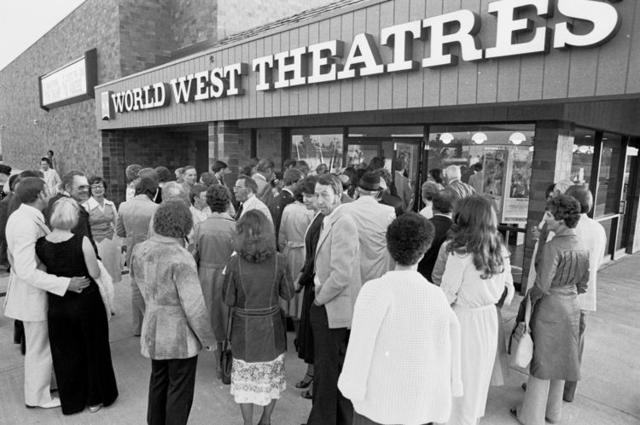 Opened in June of 1979 then closed in 1998 after the opening of the Wynnsong 10. The building was then used for retail until it was demolished in December 2016.

According to the Dec 12, 2016, issue of the Billings Gazette, the former World West Theatres, located at 2520 Central Avenue (just off Stewart Park Road, at the northwest corner of the Rimrock Mall property), was being demolished. The building is still visible in Google’s satellite and street views, which have not yet been updated, and I’ve set street view to the proper location.

The Gazette says the house was operated by the same company that had the Rimrock 4 (later 5) inside the mall. That was a Theatre Operators, Inc. house, a chain that was later taken over by Carmike, so Carmike must have gotten the twin as well.

The World West was most likely named in tribute to Theatre Operators' World Theatre in downtown Billings, closed and demolished for a parking lot the year before the twin was opened.