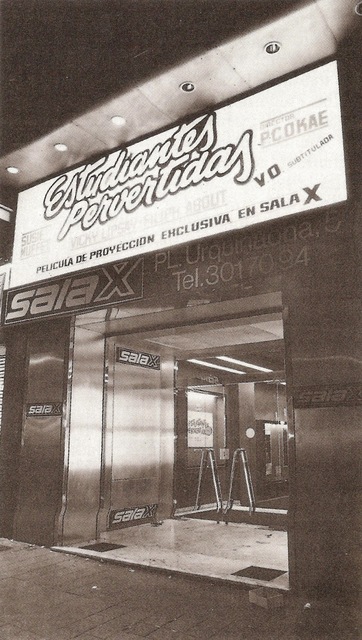 The Cine Maryland was opened on 9th November 1934 with “Paso a la Juventud”. Seating was provided for 519. On 17th June 1940 it was re-named Cine Plaza and this lasted until 8th December 1946 when it reverted back to its original name of Cine Maryland. The Cine Maryland closed in July 1984.

It re-opened on 19th July 1984 with “Casanova II” as an adult cinema named Cine Sala X, the fourth Sala X to open in the city. The seating capacity had been reduced to 200. In February 1991 it was equipped with a video projector (a first installation in the city). The Cine Sala X was still open in 1995 but has since closed and the building is now the entrance to and part of The George Payne Irish Bar.