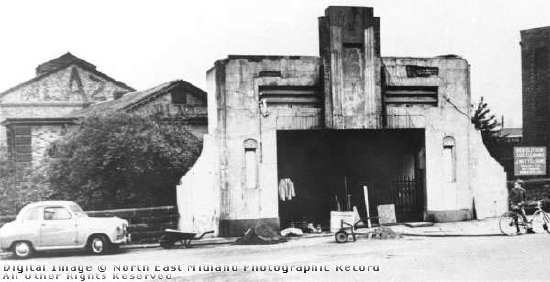 Pavilion Theatre opened 1913, built on part of the site of the Midlands Industrial Exhibition (which opened May 1903, burnt down July 1904). It was rebuilt as Pavilion Picture House & Gardens, opened Saturday 22nd May 1915, closed 27th August 1927. Reopened as Palace Thursday 15th September 1927, and an Edibell sound system was fitted in 1931, but it closed Saturday 26th December 1931.

Altered internally & externally with a new Egytpian style entrance by architect Alfred John Thraves, and opened as Plaza Cinema 16th May 1932. It was equipped with a Western Electric(WE) sound system. 883 seats, continuous performances, prices 7d to 1s6d. Closed 14th March 1942 it was used for storage and was demolished in 1955.