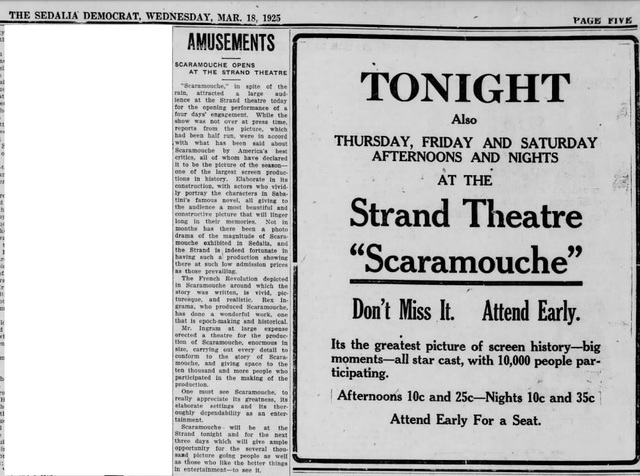 The first Lona Theatre was in operation with movies and occasional vaudeville by 1914 in a commercial building built in 1881. When the New Lona Theatre opened in 1920, the old house was renamed the Strand Theatre.

In 1926 the Strand Theatre was taken over by the Universal Theatres chain, along with the Liberty (New Lona) Theatre and the Sedalia Theatre. The Strand Theatre remained in operation into 1929.