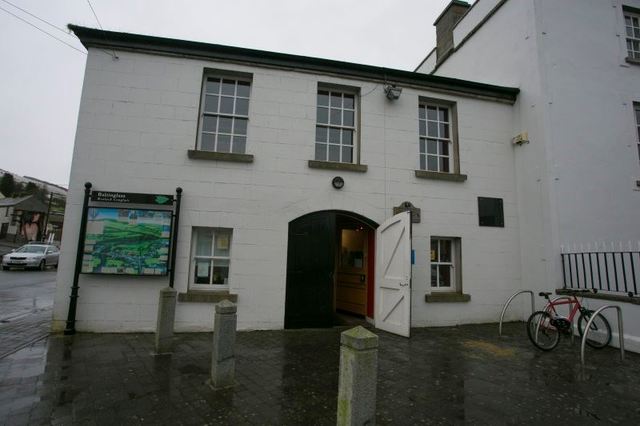 Located in Baltinglass, County Wicklow. The Town Hall had been previously screening films but reopened under new management on 14th September 1941 showing Errol Flynn in “Dodge City”. This is the most likely place for what was advertised as the Tower Cinema in the years following. It is unclear how long the operation lasted, maybe until the Carlton Cinema opened in the town in 1943. The building, whose front dates from the 1810’s, was originally the town gaol but now houses the local library.