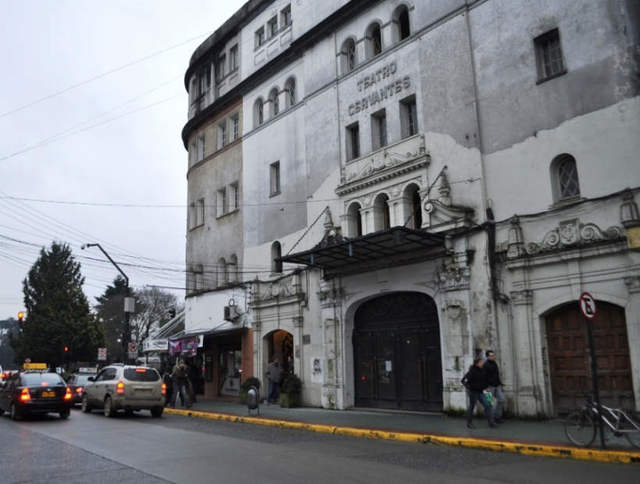 Opened in 1935, the Teatro y Cine Cervantes was the center of Valdivia’s cultural and entertainment point of focus while at the time, competing with the Alcazar Theatre located near Berlin Square.

Though the facilities were originally built to only function as a traditional movie theatre, it was also occupied for ballet and dance shows, circus acts and all sorts of popular entertainment, up until the early-1970’s, when the Teatro Municipal Lord Cochrane was finally built inside the Municipalidad de Valdivia. Since then, attendance was on a steady decline, culminating with the closing of it’s doors in 2007.

As of 2018, is undergoing a full restoration of both outside and inside areas, after which, it will become a full working theatre once more.