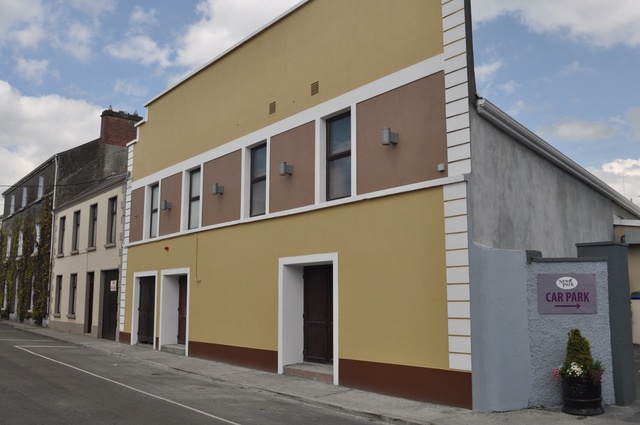 Located in Athenry, County Galway. The Town Hall was built by Richard Murphy in 1907 and run by a co-operative of farmers rather than a municipal body. According to the Murphy family it screened films from about 1936 onwards and held a Sunday matinee for children. It was also used as a venue for dances, plays from both the local drama group and touring companies, and badminton. It was sold to the Athenry Community Council in 1976 and operates today as a community hall, still staging plays and also craft fairs.