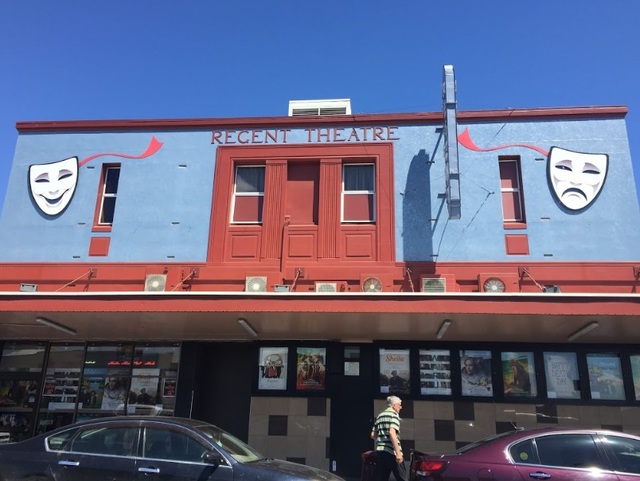 Located on the North Island in Te Awamutu, to the south of Hamilton. The Regent Theatre opened on 12th March 1932 with Janet Gaynor in “Daddy Long Legs”. It had 800 seats on a single sloping floor. It was equipped with a Western Electric(WE) sound system. The proscenium was 28 ft wide.

In 1973 it was taken over by Allan Webb and in 1975 extensive alterations and a refurbishment were carried out. It re-opened as the New Regent Luxury Cinema with “The Towering Inferno”. In 1987 the auditoirium was twinned and it was re-named Regent Twin Cinema. A third screen was added in 1995 in former retail space. A fourth screen was added in 2003 and a fifth screen in a former coffee lounge downstairs was added in 2006. In 2018 the seating capacities are: 132, 72, 60, 31 & 18.

The Regent Theatre contains many fixtures and fitting from long demolished cinemas and has a collection of memorabilia in the foyer.