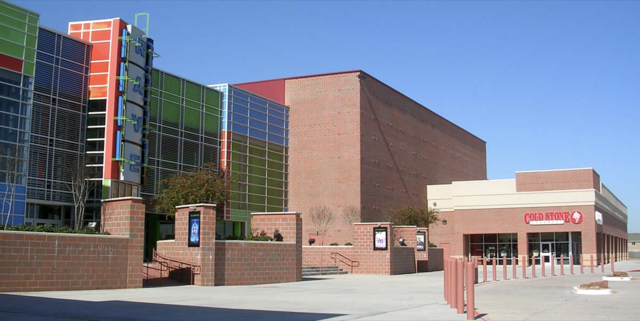 Originally built by Rave Motion Pictures. The theater was then purchased by Carmike. Became an AMC theater when AMC completed their purchase of Carmike in December 2016. It was closed in 2021.

This theater closed in December 2021:

Another theater that I was sad to see close. I’m not sure when it opened. I was in another part of Houston growing up as a kid in the 80s and 90s, but moved closer to Bear Creek and Copperfield in 2006 or so, and this theater was there and called Rave at the time. Then it became Carmike around 2012, then AMC around 2015/2016. When I first went to this theater in 2006/2007, it looked like a great theater, and rather decently modern for the 2000s with it’s stadium seating and cupholders. Looked like a nice late 90s/2000s theater, but as the 2010s went on, this theater dated FAST. Overall it just looked more and more dated as newer theaters brought out leather reclining seats, vibrating seats and an overall better atmosphere/sound/IMAX screens. You started to noticed the torn old seats, sticky floors covered with soda and dirty bathrooms after you went to better theaters. By the time AMC bought this place in the mid 2010s, it already looked like a dollar theater and was a hangout place for too many rowdy teenagers and scummy people. I knew this place was going to go even before the pandemic. Despite the trashy folks it started to attract, this was a decent place to catch a flick during the weekdays, or matinee showing when more easy going folks tended to show up and the teenagers were at school.