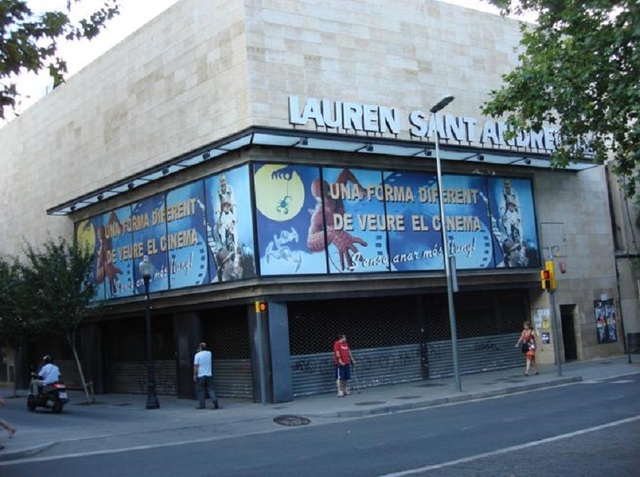 Located on the corner of Carrer de les Monges and Rambla de Fabra i Puig in the Sant Andreu district to the north of the city. The Cines Lauren Sant Andreu was opened on 28th March 2002. This 12-screen multiplex was not a great success, and closed on 20th January 2011. Since then it has been occupied by squatters who take care of it and have made it their home.