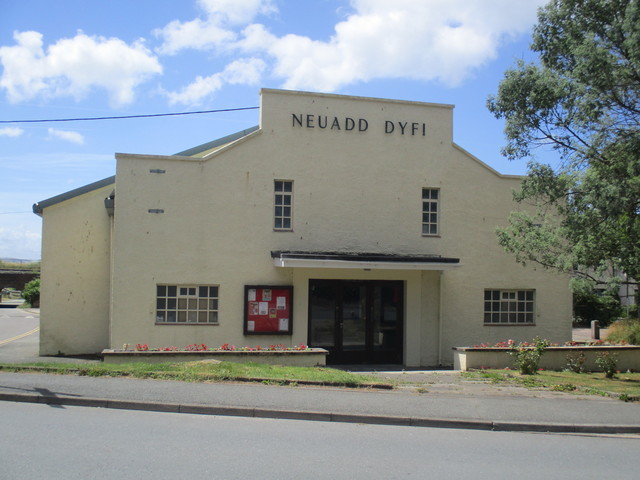 Aberdovey (Aberdyfi in Welsh) is a small town on the north side of the River Dovey estuary, in Gwynd.

The town’s first cinema was the Picture House, housed in an ex-Army wooden building that had been erected in 1920 (on the main road - now the A493 - that runs through the town) as a community hall. Also known as the Pavilion, it was also used for concerts and shows by the local drama society.

Unfortunately, by the 1940’s the building was in a poor state of repair. After the war, it was replaced by a new Pavilion Cinema. This had a 26ft wide proscenium, 23ft deep stage and two dressing rooms. In 1947 the seating capacity was 395, but by 1954 it had been reduced to 323. That year, under the proprietorship of Mr H. T. Parkes, the cinema closed.

Other events continued. In 2000 the hall was completely refurbished and re-named Neuadd Dyfi (“Dyfi Hall”). There are 232 fixed seats in the circle and up to 165 stackable seats can be set out in the level-floor former stalls. It is very much a multi-purpose hall, although films are not part of the regular entertainment programme.