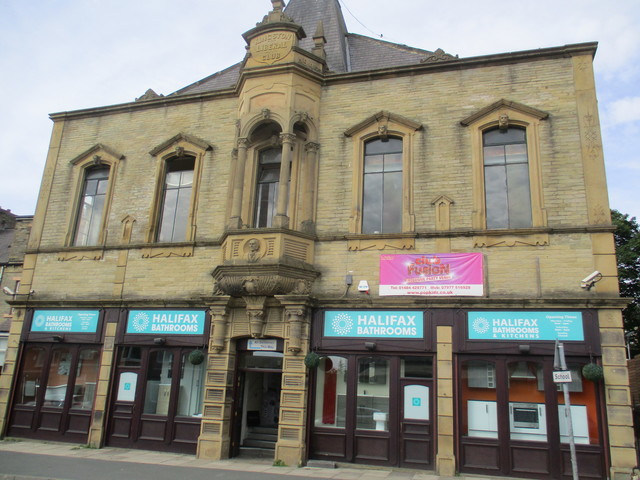 Situated about a mile to the west of Halifax city centre, in the King’s Cross district, the Kingston Liberal Club opened on 8th October 1895. It appears that Albert Green first set up temporary film shows before, in 1913, the cinema operation (by that time called the Picturedrome) was taken over by the proprietors of the Gem Cinema (in Crossley Street).

At the end of the silent era it was taken over by M. Barker and J. Woodhead, and re-named the Kingston Picturedrome. By 1931 it had been fitted with a British Thomson-Houston(BTH) sound system.

The 1940 Kinematograph Year Book still lists it as the Kingston Picturedrome, now with 545 seats, and an 18ft wide proscenium. After the war the lease passed to E. B. Ward, who re-named it the New Lyric Cinema. It ran on under this name until closure on 14th July 1951.

By June 2018 the building was occupied by Halifax Bathrooms.