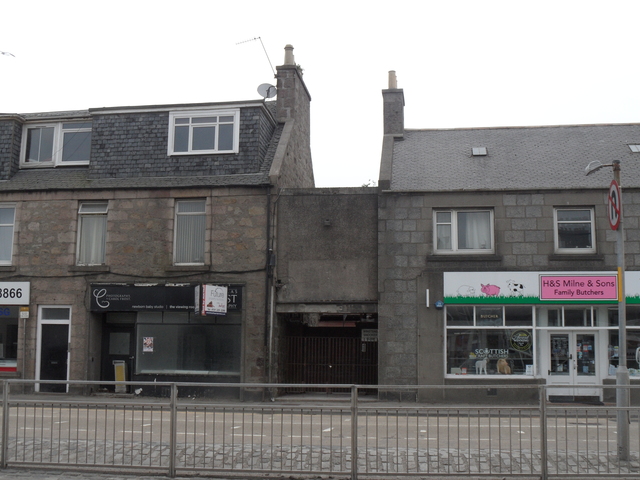 In Bucksburn, to the north-west of Aberdeen, the story of films at the Argosy Cinema has yet to be fully told! The building was also a dance hall, but films were presented regularly over the years.

There is no listing in the 1940 Kinematograph Year Book (KYB), but the 1947 edition has the 500-seat Glen Cinema at “Shepherd Hall”, which was this building: the Shepherds are a friendly society, so they presumably held the main lease at that time (a businessman called Baillie Burns has been said to have been the owner at some time). Certainly, films were showing on a non-continuous basis, mainly, it seems, on Tuesday and Sunday, interspersed with other activities in what today would be called a multi-purpose hall.

George Rae and Jack Begg were the projectionists at one time, as was Ronald Grant, who later co-founded London’s Cinema Museum.

It is unclear when the building took the name Argosy Cinema, although the Aberdeen Evening Express reported that Glen Cinemas held their staff dance “at the Argosy” in February 1952. (Later that month, one Sunday film was “Arabian Nights”, presumably the 1942 version starring Jon Hall and Maria Montez.)

Certainly, the cinema is listed as the Argosy Cinema in the 1953 Kine Year Book, still under the proprietorship of Glen Cinemas, once again with non-continuous shows, but now with only 300 seats. “Cafe and Dance Hall” are still being listed.

The hall was behind shops on Auchmill Road, reached by a narrow passage.

It is not known when films ceased. When they did, bingo took over, and then it became a snooker hall.

In spring 2018 the hall was demolished, planning permission having been granted for four one-bed flats and one two-bed flat.